Dr Perrin qualified in 1984 from the British School of Osteopathy in London. Whilst at the BSO he spent 3 years working in the children’s clinic where he gained much experience treating all ages of children from new-born babies onwards.

He has also extensive experience treating top sportsmen and women including Olympic athletes. In 1991 he was appointed official osteopath to the World Student Games, Sheffield.

He has spent over 20 years treating stars of stage and screen plus many household names from the world of entertainment, music and dance at his previous clinics in the centre of Manchester.

Dr Perrin’s research since 1989 into Chronic Fatigue Syndrome /ME has expanded our knowledge of diagnosis and treatment of neurological physiological problems. In July 2005 he was awarded a doctorate by the university of Salford, UK for his thesis on the involvement of cerebrospinal fluid and lymphatic drainage in CFS/ME.

From 1996 onwards he has been the Research Director of F.O.R.M.E. Trust; Since 2007 he has held the academic post of Honorary Senior lecturer at the Allied Health Professions Research Unit , University of Central Lancashire, in Preston, UK. 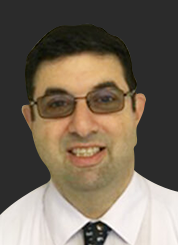 In 2015 he joined the international faculty of the German School of Osteopathy, Hamburg; and teaches osteopathic theory and practice to students in colleges all over Europe and to the medical profession world-wide.

In a study between 2015-16 he was chief investigator of joint UCLan & NHS research project published in October 2017 in the online British Medical Journal which demonstrated proof of concept of the Perrin Technique. (Hives L, Bradley A, Richards J, et al. Can physical assessment techniques aid diagnosis in people with chronic fatigue syndrome/myalgic encephalomyelitis? A diagnostic accuracy study. BMJ Open 2017;0:e017521.

He has published papers in other major medical journals and his bestselling book, The Perrin Technique: How to beat CFS/ME was published by Hammersmith Press, London in 2007.

For his service to osteopathy Dr Perrin was appointed a vice-patron of The British School of Osteopathy, now the University College of Osteopathy and he was the winner of the inaugural Research and Practice Award from the Institute of Osteopathy in 2015.

We use cookies to ensure that we give you the best experience on our website. If you continue to use this site we will assume that you are happy with it.OkRead more